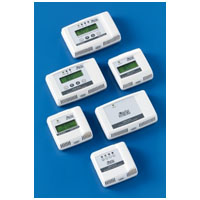 The instruments of the series HD45 and HD46 are transmitters, indicators and controllers, they measure and control, depending on the model, the following environmental parameters:

They are suitable for monitoring the air quality in indoor environments. The measurement of RH (Relative Humidity) is obtained with a capacitive sensor. In models HD46 … the relative humidity and temperature sensor with their calibration data are contained within an easily replaceable module. The instrument can also calculate dew point. The temperature T is measured with a high precision NTC sensor. The measurement of CO2 (carbon dioxide) is obtained with an infrared sensor (NDIR technology: Non-Dispersive Infrared Technology), which, by using a double filter and a particular measurement technique, ensures accurate measurements and stable measurements over time. The presence of a protective membrane, which is spread through the air portion, protects the sensor from dust and weather. The instrument can be wall mounted and sensors are internal to the instrument. The instruments are factory calibrated and require no further adjustment by the installer. 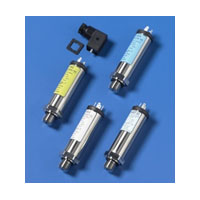 HD3604T… and HD36V4T… are pressure transmitters with microprocessor and current (4…20mA) or voltage (0…5V, 1…5V or 0…10V) output, respectively. The sensor, piezoresistive, is insulated and allows gas and liquid pressure measurement over a wide range of temperatures.

The measured pressure is relative to atmosphere. The different models cover the scales from 100mbar to 600bar.

The case is in stainless steel 20mm diam. and encloses sensor and electronics: in order to connect it to a pressurized system, it is supplied with a ¼” BSP threaded connection with a 22mm hex fastening ring.

The connectors are fitted with a three or four pole free female socket with fairlead (according to the models).

All transmitters are factory calibrated at three points. The use of a microprocessor circuit allows memorizing the sensor response curve and correcting any possible non linearity. No calibration is requested to the user. 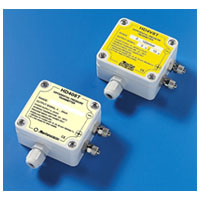 The HD408T, HD4V8T are analog output relative or differential atmospheric pressure transmitters; they are used in all those applications where non corrosive air or gas need to be monitored, with pressure fields from 10 mbar to 2000 mbar. The piezoresistive sensor gives extremely precise and stable measurements of the applied differential pressure, with excellent repeatability, low hysteresis, and very good temperature stability. The output signal of the sensor is conditioned to provide a voltage or a current output (model HD408T) or a voltage output (model HD4V8T) linearly proportional to the applied differential pressure. The transmitters are ready to use as they have been calibrated at the factory. They are used to monitor clean room barometric pressure, to control filters, to measure flows (employment with the Pitot tube), for packing and packaging machines, and to control ventilation. 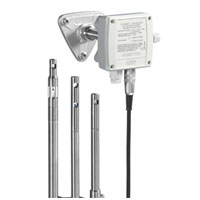 The family of transmitters series HD2903t … are employed in the control of air speed in the air conditioning and ventilation (HVAC / BEMS) in the pharmaceutical, museum, clean rooms, ventilation ducts, industrial sectors and households, crowded places, cafeterias, auditoriums, gymnasiums or on farms with large numbers of animals. The sensors in combination with an accurate electronics guarantee precise and reliable measurements in the time.

The sensor for the air speed is thin film, the probe sheath is AISI304, the filter relative humidity of 20μ wire mesh, materials that allow the use in hostile areas. 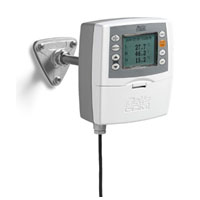 The instruments of the HD2817T… series are transmitters, indicators, and ON/OFF regulators with data logging functions, they measure temperature and humidity. The instrument has a large, backlighted, graphical display.

The main feature of these instruments is their interchangeable probe. The probe can be replaced by the user without process interruption. Thus, the probe can be calibrated or repaired at a later time. The instrument is available in three different versions: with horizontal probe (S.TO), vertical probe (S.TV) or with remote probe (S.TC), having the probe connected to the electronics by means of a cable of various lengths. The S.TO and S.TV probes are made of stainless steel AISI304, the S.TC probes can be of stainless steel AISI304 or Plastic material. For the measurement of humidity and dew point in compressed air systems or pipes, the S.TC2.480.2 or the S.481.2 probes can be used. The probe is factory calibrated and ready to use, it is provided with a SICRAM2 module which stores the calibration data of the probe, allowing the interchangeability of the probes. The instruments measure:

All models have both current and voltage outputs. 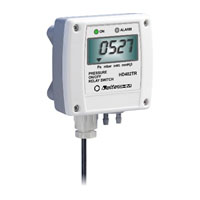 The presence of very pure air, i.e. with a very low content of microparticles of suspended dust, is in some fields mandatory. In the industrial and scientific research and microelectronics industry in general, in the field of bottling and food and moreover in the pharmaceutical field, cleanrooms are used to always ensure a controlled atmosphere.

Especially in these applications, a highly precise and reliable instruments are indispensable for the measurement of differential pressure. The series of small and compact transmitters HD402xT… is suitable for measuring relative pressure with respect to atmosphere or differential pressure in the range from as low as 0-50 Pa to 0-200 kPa .

The series of pressure ON/OFF relay switches HD402TR…L is suitable for controlling the relative pressure with respect to atmosphere or differential pressure in the range from ±250 Pa to ±200 kPa. If the set threshold value is exceeded, the relay switch output is activated, the front alarm LED lights up and an audible alarm sounds. 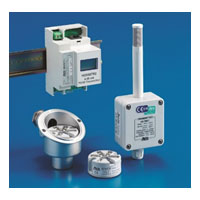 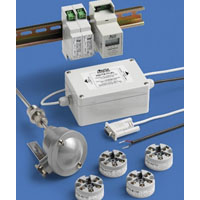 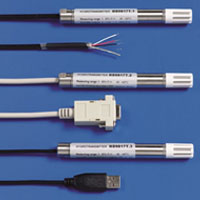 wide range of outputs (analogue 0…1V, digital RS232C OR RS485-MODBUS RTU, USB 1.1-2.0) make it ideal for integrating into a variety of OEM applications. It is supplied with the HD9817TC software for reading measurements and calibrating the relative humidity sensor.